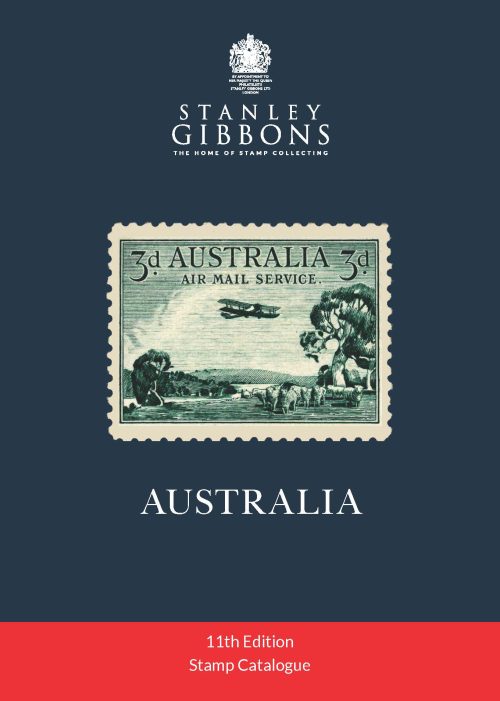 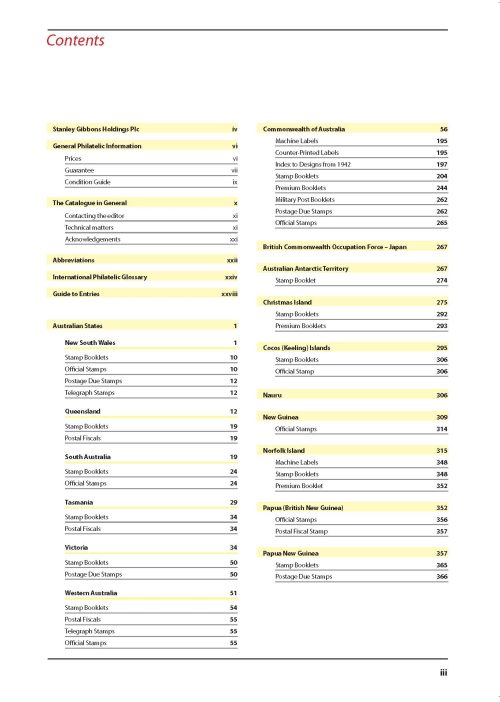 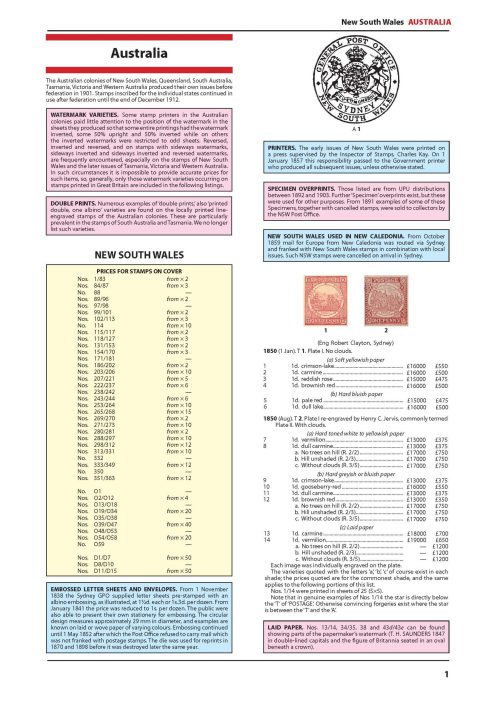 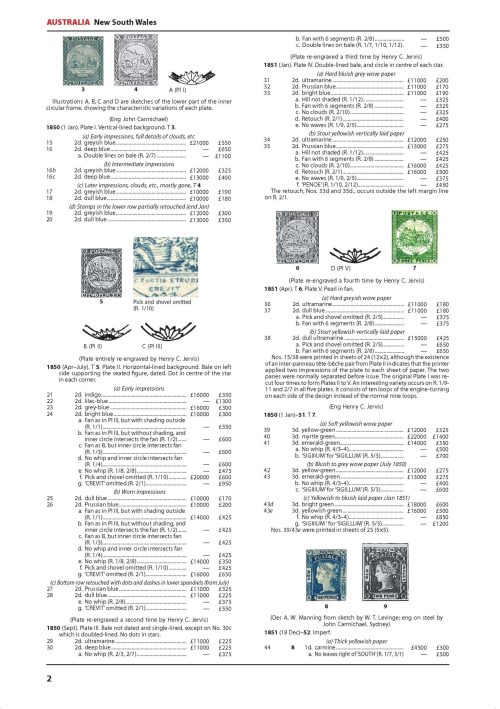 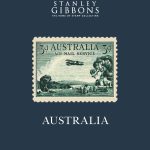 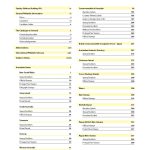 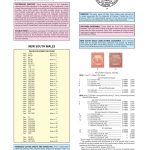 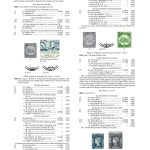 This catalogue provides a comprehensive priced listing of the stamps of Australia, the Australian States, Australian Antarctic Territory, Christmas Island, Cocos (Keeling) Islands and Norfolk Island, as well as the pre-independence issues of Nauru and Papua New Guinea.
Listings up to 1970 are extracted from the 2019 Commonwealth and British Empire Stamps catalogue.  Later issues have been updated and priced for this edition.

NEW FOR THIS EDITION

In Australia there is a new note giving assistance in distinguishing between the three single Crown over A watermarks found on the Kangaroo and Map definitives. There are new illustrations, notably in the New South Wales ‘Sydney Views’ and Papua ‘Lakatois’ and a number of additions have been made to the listings of booklets and watermark varieties. New plate varieties include the ‘Falling mailbag’ on the 1931 3d. Airmail stamp of Australia and the ‘Halo’ flaw on the 1d. Coronation stamp of Papua.

The Stanley Gibbons Australia Catalogue is a detailed and highly informative catalogue, ideal for any collector who specialises in the stamps of this area.